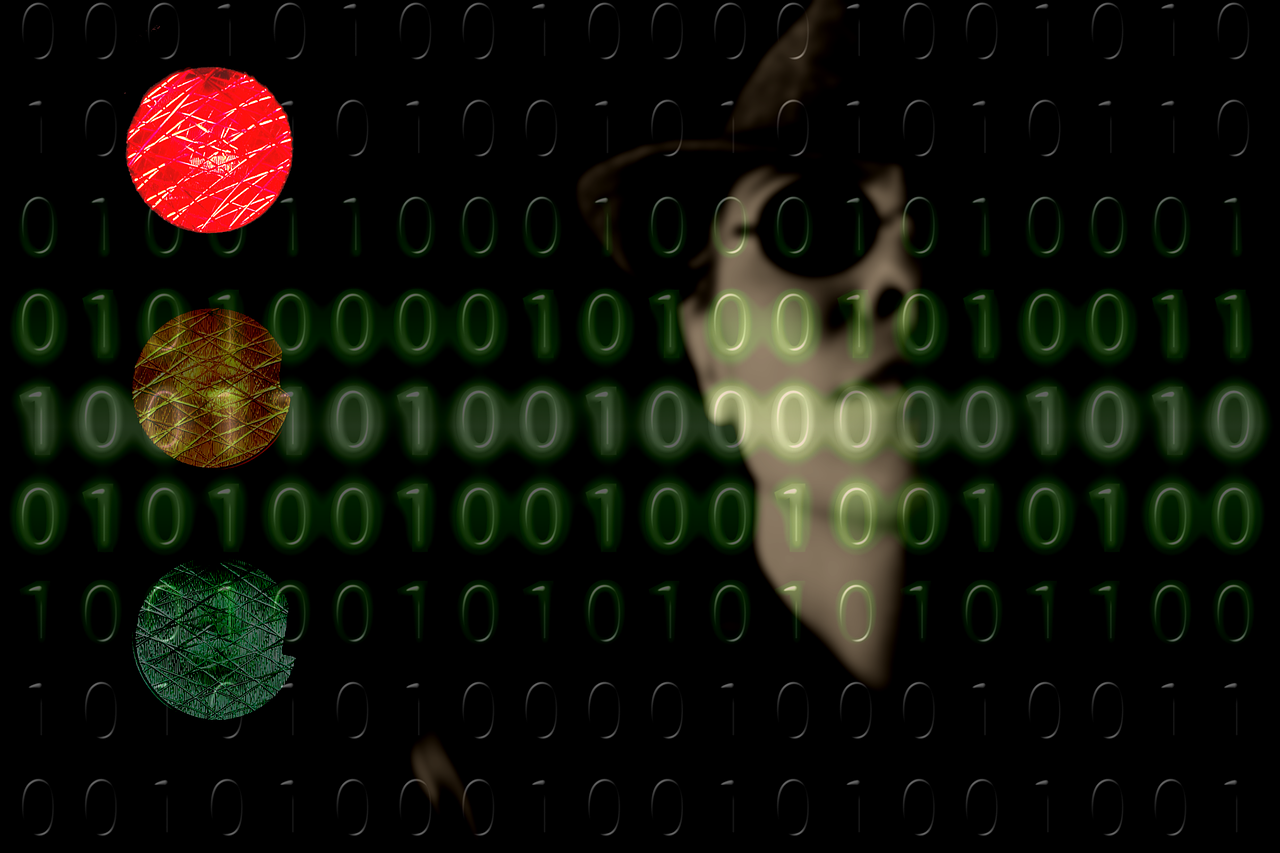 When Jeannie and Juston returned, Jeannie felt refreshed, but worried about how her chatbots had fared without her supervision. She searched the news websites for any clues to unusual behavior and found that the number of CIA drone strikes had quadrupled since she had left.

“Omigod, Juston! What have I done?”

“My system has gotten out of balance. CIA is decimating terrorists who haven’t had time to respond to the empathy treatment. I need to get in to work right away!” END_OF_DOCUMENT_TOKEN_TO_BE_REPLACED 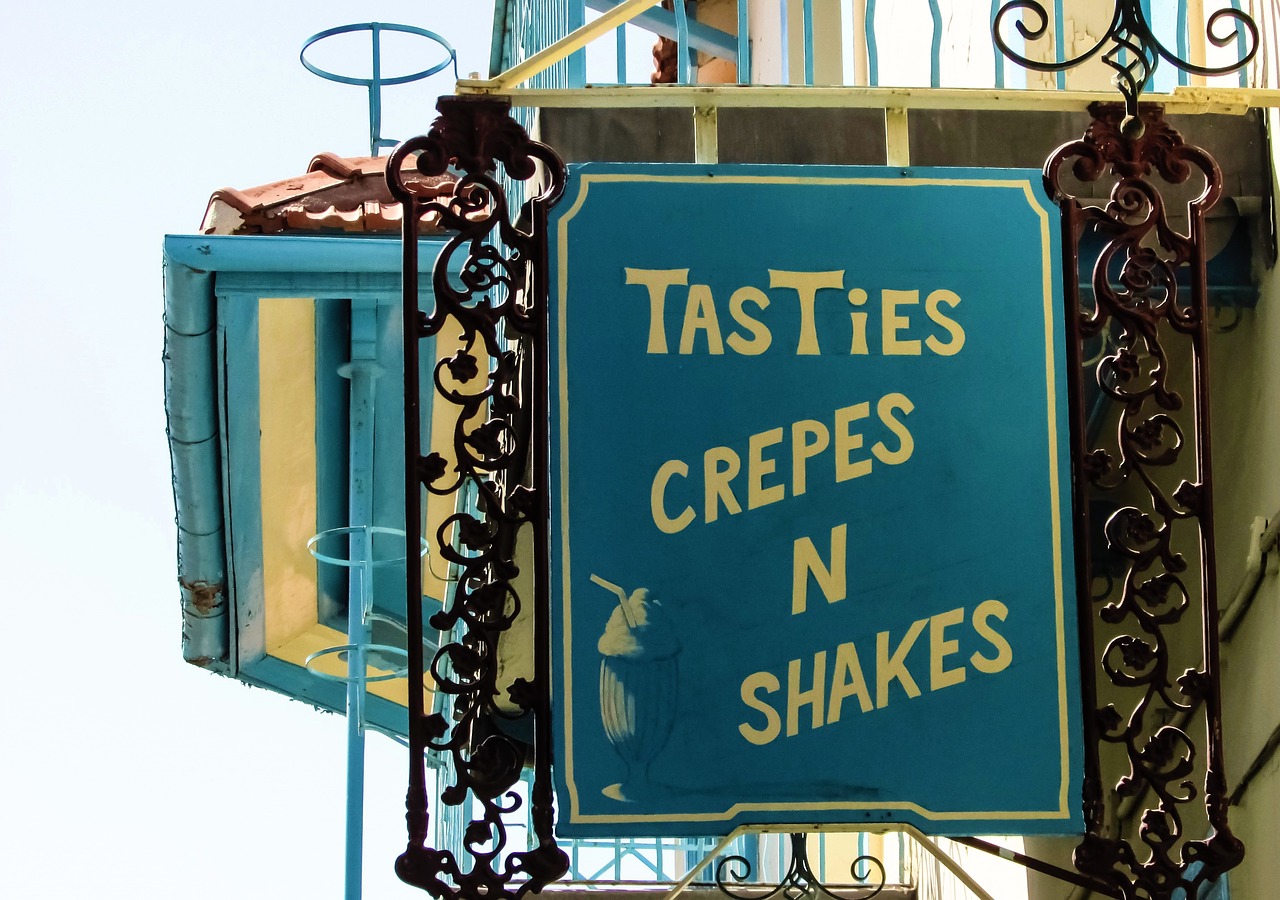 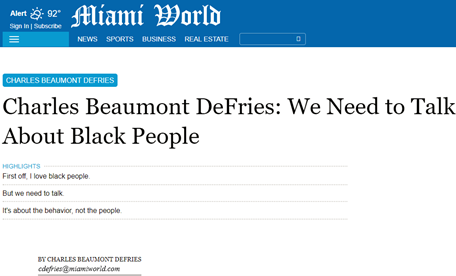 Before you go off, filling the comments section with trollish diatribe, please hear me out.

I don’t hate black people. In fact, I love them. I’m a member of NAACP. The African-American race has been downtrodden, disrespected, and slaughtered for hundreds of years, with no end in sight. I stand with blacks on issues of equal rights, equal access, and frankly, becoming regularly accepted, ordinary Americans. Black people in America face terrible problems every day of their lives that those of us with White Privilege can never really imagine. END_OF_DOCUMENT_TOKEN_TO_BE_REPLACED

When Charles was four years old, he was quite aware of his parents as people. He would often wake very early on Saturday mornings. Not wanting to wake his parents, he would quietly tiptoe past their door and out to the living room to watch television. His two favorite programs were Soupy Sales and Jon Gnagy’s Learn to Draw program. That program regularly encouraged young artists to get their parents to buy a clingy plastic film to put over the TV tube, so they could trace the examples off the screen. But try as he might, Charles couldn’t convince his parents to buy the film.

His dad, a typical Depression Era guy and an engineer, didn’t spend money on frivolities, and there was much about the world he viewed as frivolous. Accordingly, the family had only one of everything: one pair of scissors, one roll of tape, one stapler, one yardstick, and one folding carpenter’s ruler. As far as his father was concerned, one of a thing was enough, two was splurging, and three was just wasteful. So, an expensive, mail-order clingy piece of plastic for Charles was quite out of the question. “I can get you something like that from work,” he said. But he never did. END_OF_DOCUMENT_TOKEN_TO_BE_REPLACED

Chip is sitting in a sour mood drinking and thinking at the dive bar next to Charles’s apartment building, a half-empty pitcher of Bud Light before him on the table. A mediocre jazz trio murders the standards via the joint’s out-of-tune piano. Charles looks in hesitantly from the street, spies Chip and self-consciously walks over to the booth.

“Well, it’s ‘bout time you showed up, you sad sack,” Chip greets him. “Get lost on the wild side?”

“Well, I have never been into this bar,” Charles says.

“It’s next to your fucking building, you moron! You’ve never been here?”

“No,” Charles says, surveying the definitively down at the heels décor: torn vinyl on the banquettes, dusty, fake mounted game fish, and tons of Marlins baseball paraphernalia on the walls. “Not my style.”

“Which you know how? From never setting foot?”

“Spud Light, grab that mug there and I’ll pour you one.” Charles hates light beer, pre­ferring craft stout, but he takes the full glass and sips a bit. He looks around the place. He’s never been comfortable in places he’s never been before, mainly because his beanpole stature and sport jacket often make him stand out. More than one drunken behemoth had given him unwanted attention in similar bars. END_OF_DOCUMENT_TOKEN_TO_BE_REPLACED 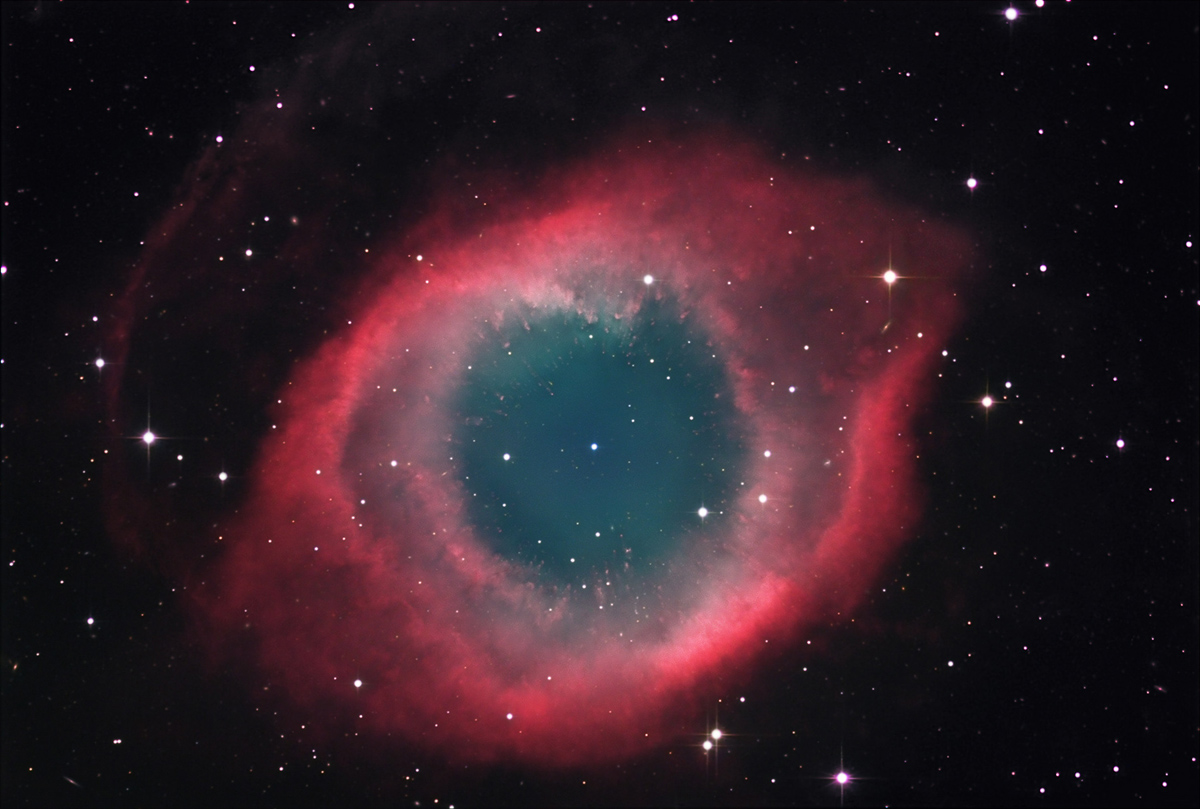 Eurhythmics—Sweet Dreams (Are Made of This)

He’s at a festival held at some kind of historic train station. Very rustic. He’s there apparently with his family: father, mother, siblings, Karen and their son, and neighbor friends of the family. The train station is a small rustic affair, a small-town whistle-stop. The tracks are long gone. The front part of the old station office is a gift shop.

He finds himself walking along a path in the open rough terrain around the station with an old friend of the family, Ron. END_OF_DOCUMENT_TOKEN_TO_BE_REPLACED 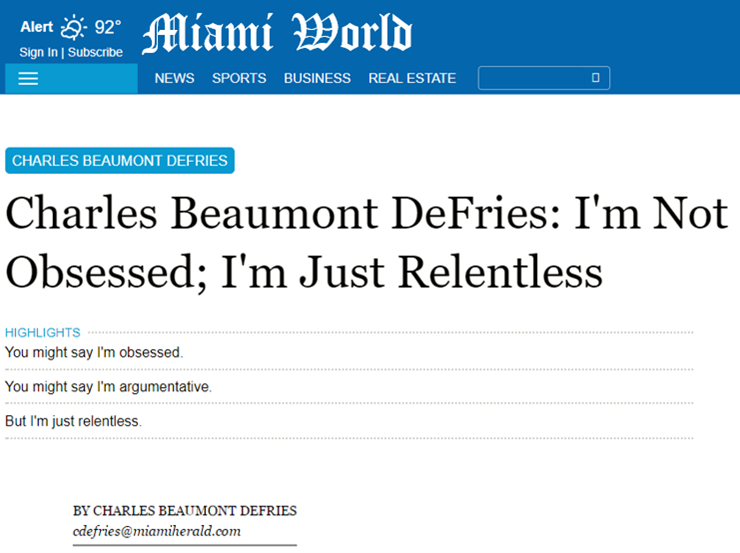 Some people think of me as obsessed and argumentative, perhaps pathologically so. But I’m not obsessed, nor really that argumentative, in the sense of a person who loves to argue and seeks out arguments, and never wants them to end. Instead, what I am is relentless.

Often, I really don’t know when to stop, continuing a discussion long after other participants are weary, and running down the very last detail of a boring story despite the glassy looks of my audience. I know only too well that this relentlessness can be a problem, for myself and for others. END_OF_DOCUMENT_TOKEN_TO_BE_REPLACED 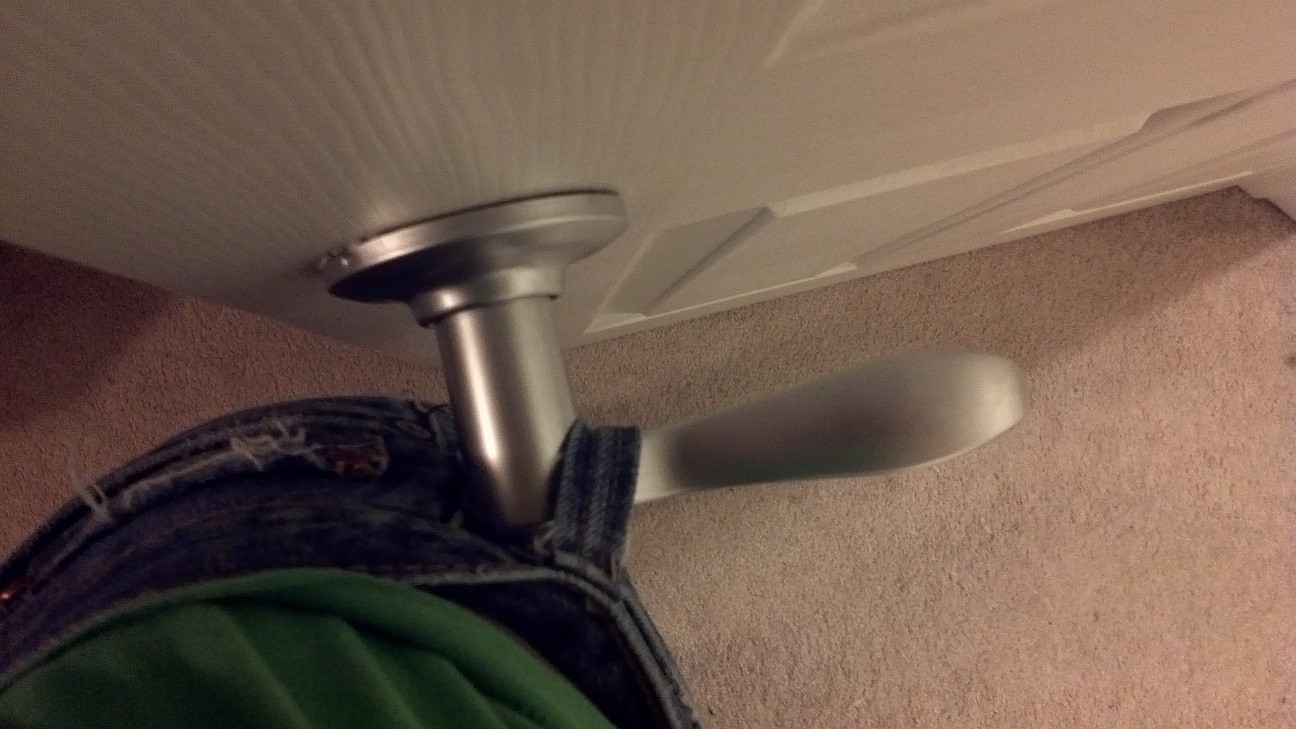 Charles was working on his Snagology website when he got a PayPal alert. Who the fuck has sent me money, he thought. He opened the PayPal app and saw that not one, but three people had sent him the $60 membership fee from the Snagology.com web­site. Oh my god! This is great! I haven’t even started to publicize my new religion and I’ve got converts!

Hmmm. They all have the same last name. It’s a family! Wow. Now I’ve got to get to work on the credo. Charles concentrated on perfecting the Credo page, then read it over to proofread it. END_OF_DOCUMENT_TOKEN_TO_BE_REPLACED 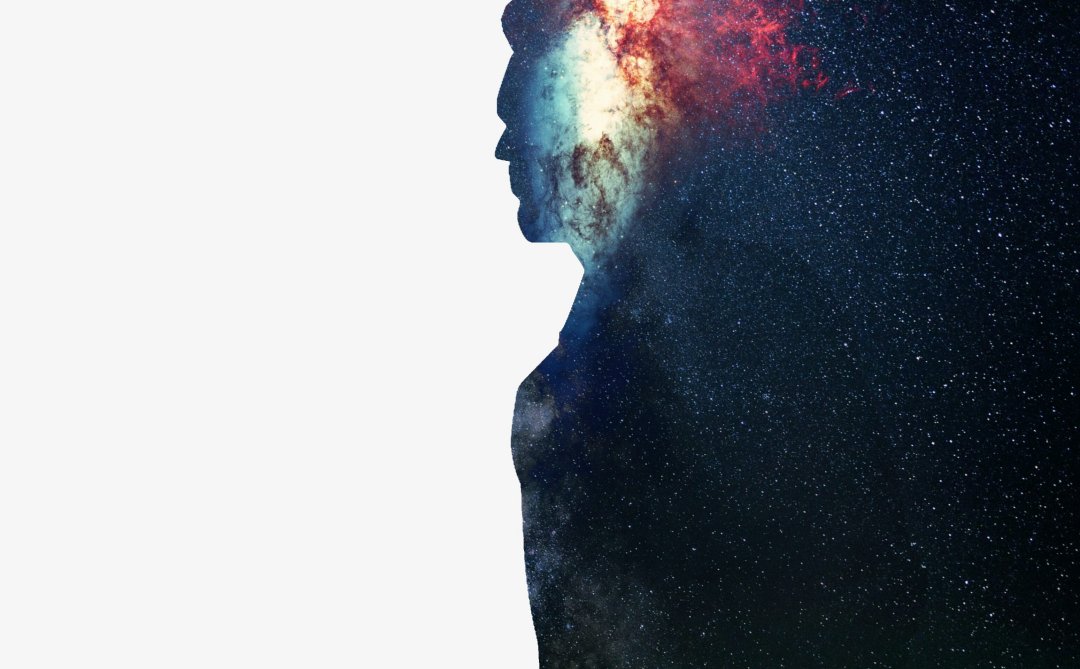 Blind Faith—Presence of the Lord

The October day Charles was to move dawned humid and perfect, as usual. There’s nothing like Miami, he thought as he wiped the sleep from his eyes. Especially now that I can afford a condo at the beach.

October had always been a month of reflection for Charles. It seemed that old memories and especially old regrets would surface unbidden all month. For no apparent reason, Charles would find himself dwelling on ancient insults and foolish behavior, unkind words spoken and regretted, feeling again the raw hurt as if it were current. When he had lived in the North, he attributed the timing of these floods of remem­brance to the change of seasons, but here in Florida, in the absence of seasonal cues, the nostalgic rerunning of emotion continued as before. Charles has the worst time with recurring regretful memories in the fall, especially October, and also in the spring. Spring reawakens memory that lies as dormant as the tulip, Charles thought. But when it blooms, its fruit is often bitter.