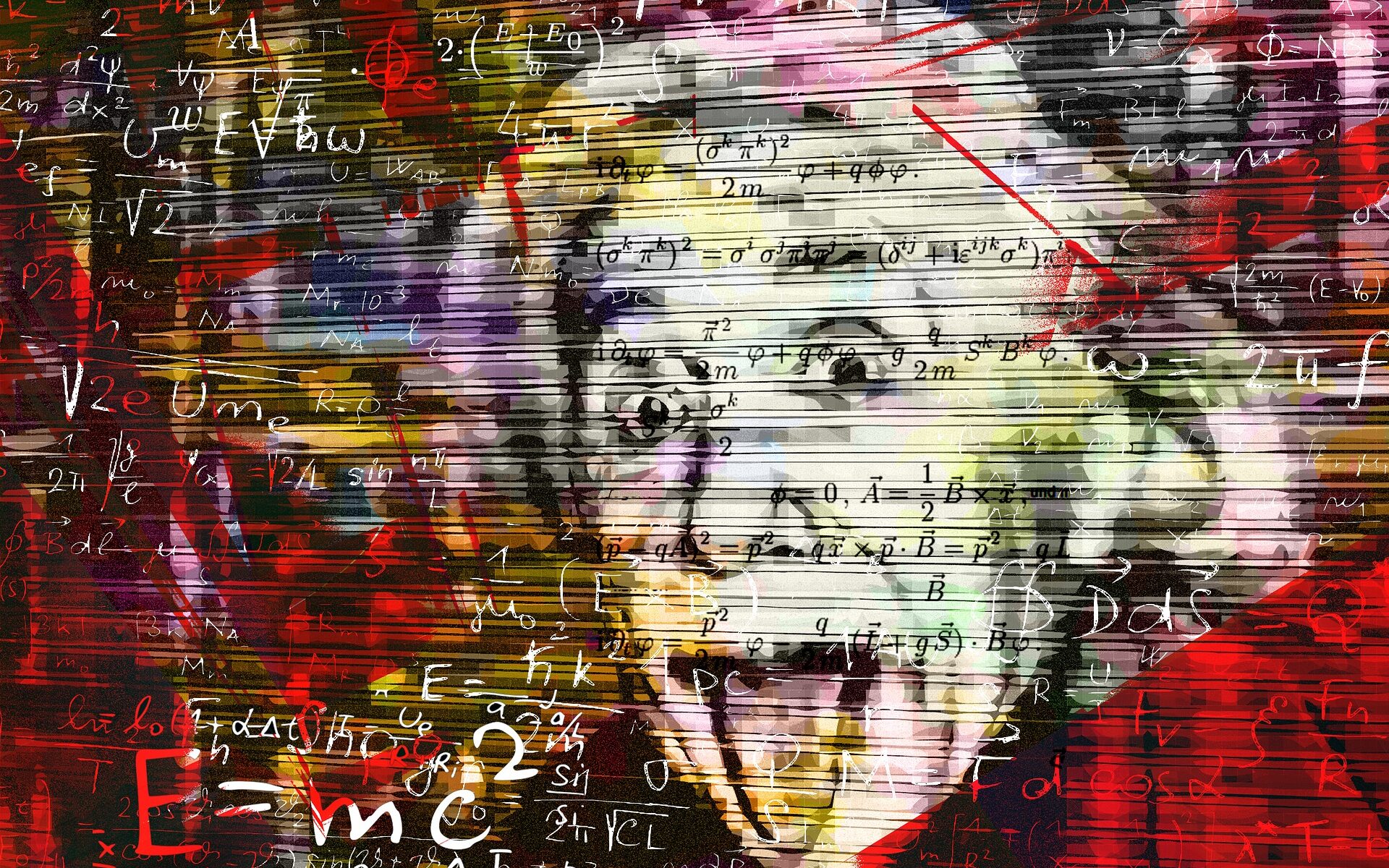 “Right,” says Charles. “Although increasingly ‘guys’ seems to be non-gender-specific. But my observation is that it’s the smart men who have the most trouble dealing.”

“Look, just look at the post—it’s nowhere near finished, but I’d like your thoughts.” Charles hands Chip the pages and does his usual tour of the inside of the office while Chip reads it.

The Repelling Force of Intellect

The Universe contains myriad opposing forces: positive and negative magnetic poles, organization vs. chaos, and even moral concepts like good and evil. Most people are familiar with these forces. But there’s a powerful force I’ve observed in the interactions between brilliant people that is not universally recognized.

If you’re one of us, you know how it goes. You’re in a meeting trying to develop a plan, and the Normals are blathering on about something when all of a sudden, somebody speaks up and offers a brilliant suggestion or insight. Your head snaps toward him or her automatically, and your eyes lock. Sometimes there’s even the slight inclination of your chin as you recognize: Hello, fellow smart person.

Then you meet, intentionally just after the meeting, or at random at some other dreadful, thrashing, decision-making gathering. You’re both excited, but a bit wary. Are you going to be competitors or cooperators (another set of opposing forces)? Can you find common ground? You’re sizing each other up. Feeling for the edges of intellect, trying to determine if they are smart or they just talk smart.

Then either of two things can happen. You can form an alliance, and jointly try to move the Normals in the right direction, or you repel, like two positive magnetic poles, and have nothing more really to do with one another other than perhaps a nod while passing in the hall. This rapprochement is probably caused by the shock of no longer being unequivocally the smartest person in the room.

When you grow up being the smartest person in every room, you have mixed feelings. Often there’s the feeling of loneliness. Where are my kindred intellects? Is there no one who can understand me? I am lonesome for my own kind.

Sometimes the opposite feeling dominates: I am homo superior, why don’t these bugs recognize and cherish me? Look upon me and be amazed. This generates an arrogance that further pushes the Normals away.

You also might feel competitive with those who may be more-enlightened Normals, but whom you must beat back into their rightful subservience to your massive intellect. You belittle them in front of their peers and dominate every conversation.

When two Ultrabrights repel each other, it often leads to endless battles of wits, boasting, and other ego defense measures. Each has rarely been in this position before. Sure, you’ve worked with bright people, but you have scant experience working with another Ultrabright. You need to do what Normals constantly must do: find your place in the pecking order. Are you smarter than them? Are they smarter than you? Are they going to call bullshit on your brilliant ideas? Best to stay away, exchange your secret nods when in proximity, but essentially live and let live.

The magic happens when the Ultrabrights can resolve their issues, team up, and guide rather than bully the Normals in the right direction. Guiding can be difficult for a single Ultrabright to do because of their low tolerance for frustration. “Can’t you see? Your idea is crap! We need to do it my way, and I haven’t the time to convince you!”

Like a creosote bush, which inhibits growth of any plants within the reach of its roots, or the barren ring around a penicillin spore in a petri dish, some Ultrabrights lay waste to competition in their sphere of influence. They cannot tolerate the presence of other bright people. They stake out the smartest-guy-in-the-room position and sabotage anyone who dares challenge their intellect.

Now I don’t want to go all Ayn Rand on you, but this is a serious problem for society. If you can accept the premise that as a society, we need the smartest people doing the smartest work in order for our lives to be improved, having Ultra­brights locking horns and suppressing all other forms of innovation is a bad thing. A very bad thing. I submit that this struggle may be a key reason why so many human systems fail. There have been exceptional examples of lots of Ultrabrights working together to achieve greatness: the Manhattan Project, the moon shot, Edison’s laboratory. But if you look closely at these efforts, they generally feature an alpha male (probably an Ultrabright, but not necessarily) who knows how to encourage cooperation and innovation. These strong leaders are even rarer than Ultrabrights.

There’s a long history of anti-intellectualism in the world, and especially in this country. Our culture marginalizes the bright, calling them losers, nerds, geeks, four-eyes, what have you. In the US, this problem goes back to the founding fathers and probably further. Many people found Jefferson insufferable because he always had the best ideas. Of course, like many Ultrabrights, the guy was a bit of a jerk too. He didn’t have any patience for waiting while the Normals around him worked their way into the solution Jefferson knew was inevitable.

This is a common problem with Ultrabrights, who often don’t have the best social skills. In many cases, this is self-fulfilling: They get rejected and so have little opportunity to learn how to be social. In other cases, it’s part of their makeup. Many Ultrabrights are on the spectrum—that continuum that runs from a little bit nerdy through insufferable Sheldon to full-on Raymond.

I’ve created a website for fellow Ultrabrights to converse and discuss this problem and how to move forward. Please join at Ultra-Brights.com. You’ll need to go through a vetting process—unfortunately necessary to weed out the trolls.

I hope together we can figure out a solution to the Ultrabright problem. 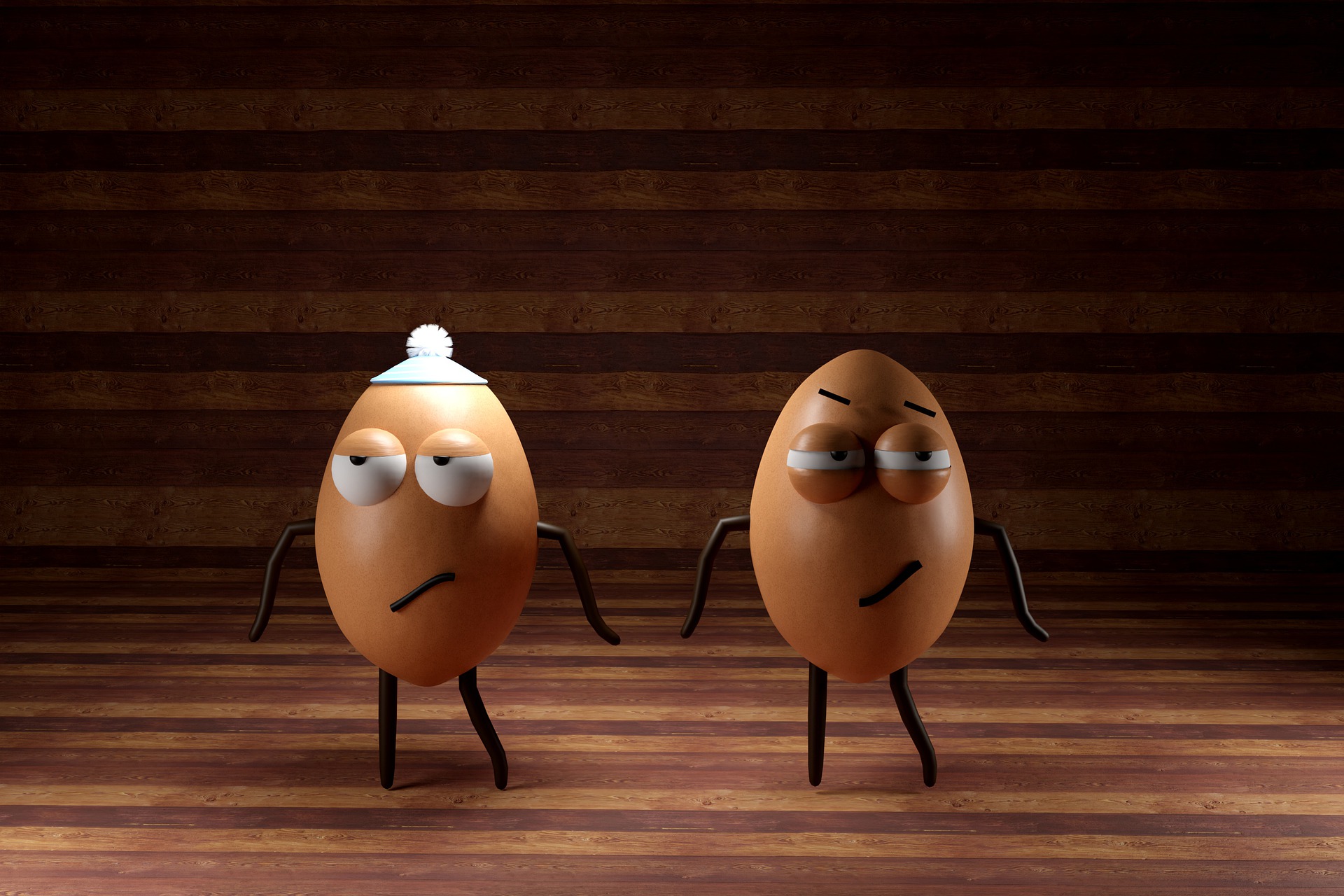 Chip finishes reading and stands up to stretch. “Well, you’ll get the trolls on your butt for this one, my fellow Ultrabright.”

“Yeah, I’m wrestling with even publishing the thing.”

“No! You have to,” Chip says heatedly. “I’ve never seen anyone tackle this problem. But perhaps you need to amp up the benefits of supporting rather than suppressing the Ultrabright. The Normals will look at what you wrote and think, ‘This asshole thinks he’s all that and a bag of chips’ and leave it at that. How can you avoid insulting the Normals, which you kind of do here, and convince them that demonizing the Ultrabrights rather than praising them is against their own interests?”

“Good points, thanks. I think I’m coming it at it from the painful side, having been bullied and literally spat upon by Normals for being bright. I do try to present the cost to society for that kind of behavior, but I get what you’re saying.”

“Great. So, tone it down and make it less of a complaint. Yes, you want them to empathize with the pain society causes Ultrabrights, but in the end, the Normals need to understand what they would gain by supporting, not stigmatizing us.”

“Yeah, I know, but I don’t see anyone talking about this, and it’s a real thing, isn’t it? Haven’t you experienced the conflict with other smart guys?”

“Well, I always think I’m the smartest guy in the room, including this room,” Chip says to Charles, pulling himself to his full height, thumbs in his belt loops, chest out, and bumping Charles, chest to chest.

“In your dreams,” says Charles. “You are so far beneath me that as you gaze upon my countenance, whale poop floating at 40,000 fathoms appears to you as a fluffy white cloud while I float effortlessly upon the waves.”

Chip chuckles. “But seriously, Charles. I get it. There is isolation to being brilliant. And that often leads to so many lonely arrogant smart bastards: They haven’t learned how to cope, not only with the Normals but with their peers. I counsel a lot of LASBs in my side gig.”

“Try to keep up, you ninnyhammer! Lonely Arrogant Smart Bastards. So anyway, when you add in the fact that most of the brightest are on the autism spectrum, it’s easy to see why they have problems integrating. By the way, you said ‘Sheldon to Raymond.’ I get that Raymond is Rain Man—and by the way, you should make that clear—but who’s Sheldon?”

“Oh, I hate that show. Tried to watch it once and couldn’t make it more than a few minutes. So, this Sheldon guy’s on the spectrum?”

“Too deep to get under, man,” Charles says, awed as usual at Chip’s instant access to a tremendous mental library of pertinent quotes. “I suppose that may describe the moment that Jesus met John. Mind if I use that in the post?”

“’Tain’t mine, you tosser! Pay attention. It’s Pynchon’s. You really need to read that book.”

“Tried to so many times. It’s just too confusing.”

“Well, it’s all in how you read it. If you want to understand every aside, every poorly-punctuated lurch to a new narrative line, every stream-of-consciousness jag, then you’ll be frustrated. Just gloss over the hard stuff and the abrupt transitions and get the main ideas.”

Charles shrugs and thinks he might have to read the book to get Chip off his back. “Well, anyway, back to the post. Should I post it? I guess that’s my main question.”

“Well, it needs some work, as we discussed, and an ending, of course. Something beyond inviting Ultrabrights to a website. But, yeah. You should do it. Just don’t read the comments. I’ll do that for you, if you like.”

“Great idea! A journalist buddy of mine has an intern read the comments and pass along anything helpful, which generally isn’t much. Anything I should add to the post, other than an ending?”

“I think you’ve captured the smart person’s dilemma, which, by the way, is getting worse in this Alternative Facts era we’re now living in. Hey, I got a joke for ya.” Charles knows there’s no stopping him, so he says, “OK, whip it out.”

Chip feints toward his zipper and says, “So when I was younger, I went with the senior pastor to visit a farmer, one of the pillars of the local church. We were sitting on the fence by the driveway, and as far as the eye could see were beautiful eight-foot corn­stalks. Pastor says, “You know Norm, you and God have done tremendous work out here.” “Yah,” says the guy. “But you should have seen it when God had it by himself.” As usual, Chip roars with laughter while Charles groans.